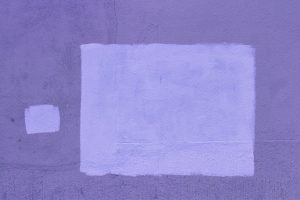 About the Concrete Abstractions

I chose the term Concrete Abstractions for these images for two reasons.  First, I liked how the two words worked together while seemingly being opposite in meaning.  The second was that the original images were all of concrete walls (I later relaxed my criteria to allow for the inclusion of the ever-present stucco walls of the West and Southwest).

At some point in time I began to notice that there were a lot of bridges, overpasses, etc. that had had graffiti painted on them which was then overpainted by the city.  The result was typically a rectangle of paint, which never actually matched the color of the wall.  Often, it was an ongoing battle between the graffiti artists and the city resulting in multiple layers of overlapping paint rectangles, never quite the same color, on a given wall.

Inspired by Mark Rothko’s paintings, I began photographing these walls.  Some of these images are fairly faithful reproductions of the actual walls.  In others the color of the paint rectangles has been enhanced or modified.  In still others multiple photos have been layered together to create a more complex image.